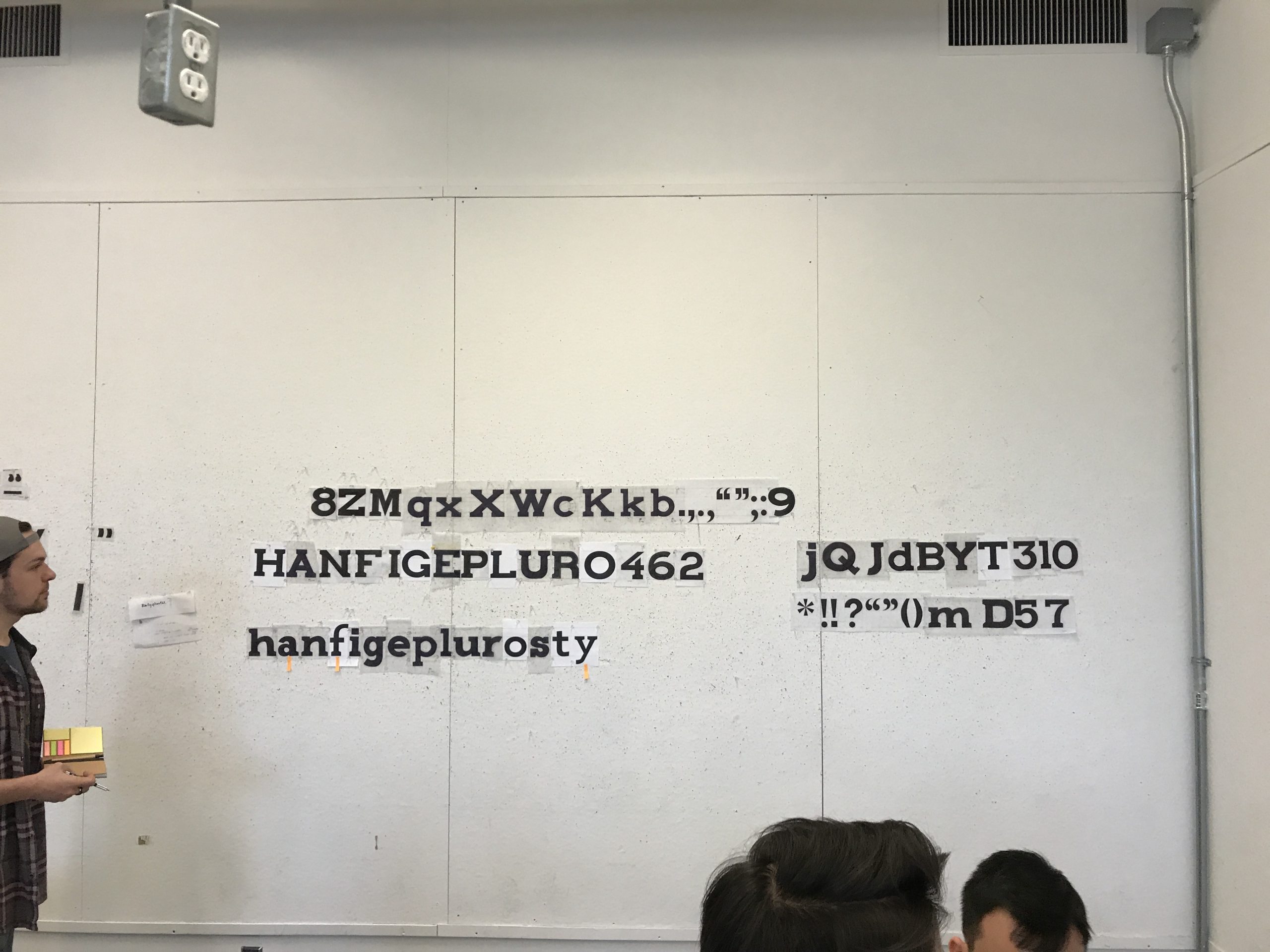 Designing a typeface is a much more intensive process than one might think. In my time at the University of Washington in Visual Communication Design we had the opportunity to create a new typeface with our professor, Karen Cheng.

Start with a specimen, or a sample, to work off of. We were given a specimen with few letters. The task then became to design the entire rest of alphabet based on the look of the letters given in the specimen. This also included numerals and punctuation. This brings me to what step one really is — to trace all the letters in the specimen, or sample, and measure serifs, vertical and horizontal strokes, and all other components of each letterform. You need to gather as much information from the specimen as possible so you can move on to other letters.

After you get the initial letterforms traced you use the data and visual information that those letterforms have to create the rest of the alphabet. We next had to draw and measure out each letter and symbol that was not shown on the sample, or specimen. After a lot of long days, drawing and re-drawing, and measuring we had the whole alphabet created. We each had to go back and forth making minor adjustments to make sure each letter had the same visual weight.

Here are photographs as we change, edit, redraw, and critique each letter and symbol.

It seems easy right? No. This process took weeks. The tracing and redrawing of the letters alone was a challenge. We had to redraw hundreds of letterforms so that each would match in style and weight. We also had to constantly refer back to Karen Cheng’s book Designing Type. Her book gives an in-depth analysis of each letter and how to create them. Using this book as a tool was vital to creating a visually appealing typeface. What you’ll find in her book will help you understand the process of designing each letterform and symbol in the appraise and correct way. It also forces you to pay attention to detail in each symbol.

Creating the letters in Illustrator and Glyphs was also equally as challenging. After digitizing each letter our team seemed to find an abundance of minor details on each glyph that needed to be fixed. It was again, a lot of editing and critiquing.

A photo of me, on the far left, and the rest of the team who worked on this project.

Originally Posted on my Medium Page